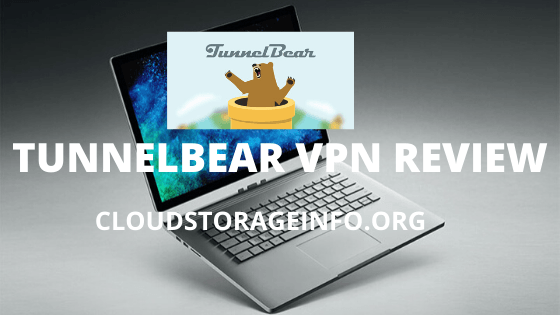 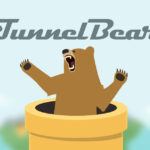 TunnelBear VPN is one of the virtual private network solutions providers that have gained the trust of the public in giving maximum internet privacy as well as enhanced data transfer security. The company was actually created and co-founded by Ryan Dochuk in 2011. He provided guidance and leadership inside the company which helped TunnelBear Inc. achieve huge success with regards to developing internet privacy solutions and virtual private networks.  Because of the public attention the TunnelBear VPN platform is getting, McAfee decided to buy and acquire TunnelBear Inc. in March 2018. Before being acquired by McAfee, TunnelBear Inc. has already a customer base of over 22 million people. TunnelBear Inc. has a registered office in 310 Spadina Ave, Suite 200, Toronto, Ontario, M5T 2E7, CA. Read the full TunnelBear VPN Review to know more.

What I like about TunnelBear VPN is that it has a free subscription plan that I can use to test out the VPN system. However, I can only connect 1 device and enjoy up to 500 MB worth of internet traffic with this option.

I can easily pay for my chosen subscription plan by paying through debit cards or credit cards carrying the symbol of Visa, Mastercard, and American Express. Sending payment via Bitcoin is available only for yearly subscriptions. Jars of Honey are also available but only after contacting support for more information.

TunnelBear VPN is advisable for people living in countries with very strict geo-restrictions and internet censorship policies. The use of a virtual private network is also encouraged for people who are living in countries with heavy intelligence gathering and surveillance among its citizens. Using VPN services can protect out internet privacy as well as shield us from any potential data security breach because of the strong data encryption. TunnelBear VPN is also recommended for people who want to avail of geo-restricted content of video streaming services such as Netflix US. It is because it can easily undermine the VPN blocking technology of video streaming services.

I can also easily sign up for an account in TunnelBear VPN. I just have to type an e-mail address, provide a password, and then click the “Create Account” button. I can also easily pay for the subscription plan by going to their pricing plans page and then choose a subscription plan and the frequency of the payments. After that, I need to enter some credit card information details and then click the “Buy Now” button.

I browsed what operating systems and devices can be integrated with the TunnelBear VPN and I found out that Windows, Mac, Linux, Android, and iOS operating systems are all compatible. There are also web browser extensions available for Google Chrome, Firefox, and Opera.

Once I’m inside the desktop client version of TunnelVear VPN, I can manually edit the general settings.

All other settings and features not mentioned above are discussed thoroughly under the security and privacy section as well as in the additional features section of the TunnelBear VPN Review.

Based on my extensive research, I found out that TunnelBear VPN has servers placed in 23 different countries worldwide. The total number of servers was not disclosed in order to protect the integrity of the VPN system. Countries where TunnelBear VPN servers can be found include UK, USA, Canada, Germany, Japan, Ireland, Spain, France, Italy, the Netherlands, Sweden, Switzerland, Australia, Singapore, Brazil, Hong Kong, Denmark, Norway, Mexico, India, New Zealand, Romania, and Finland. Please take note that most of the geographical regions and continents are well-represented. TunnelBear VPN currently uses an unlimited bandwidth system.

Check the results of the actual speed tests I conducted for the TunnelBear VPN below.

It is easy to protect myself against surveillance and espionage using TunnelBear VPN. All I have to do is to click the switch button at the upper left corner of the desktop client version of the TunnelBear VPN. When that happens, my original I.P. address is masked and hidden. The VPN system will then automatically issue a false I.P. address to replace the original I.P. address that I’m using. I can also connect to the server closest to my location by clicking the “Fastest” server that can be found in the drop-down menu. Furthermore, I can select any of the 23 servers from the same drop-down menu. TunnelBear VPN supports both OpenVPN and IPsec VPN tunneling protocols.

I had a profound discovery with regards to using video streaming services while connected to the TunnelBear VPN. At first, I was not able to successfully use Netflix US while connected to the VPN platform. But that eventually changed when I activated the GhostBear protocol of TunnelBear VPN. After clicking the switch button of the GhostBear protocol and then setting the server connection once again to the United States, I was able to successfully watch an episode of a TV series in Netflix US. It took 5 seconds before the video content loaded and streamed efficiently. I never experienced video buffering while watching Netflix US videos since the server speed is relatively very fast. I have a wonderful video streaming experience and have not encountered a technical issue at all.

While we managed to find a way around the Netflix restrictions while using TunnelBear and GhostBear protocol, they themselves provide no guarantee that you’ll be able to watch streaming services using TunnelBear. GhostBear obfuscated our connection which probably assigned us a new IP that wasn’t blocked by Netflix yet.

I can say with certainty that TunnelBear VPN provides a reliable online customer support system to the best of its capability. I was able to read most of the user guides, troubleshooting manuals, knowledgebase, as well as frequently asked questions (FAQs) on the page provided by TunnelBear VPN. The existence of such materials is a huge step in providing the best inline customer support system. On top of that, there is a chatbox system wherein you can ask a question to the technical support staff of TunnelBear VPN during business hours. I can also create a support ticket to voice out my valid concerns about the VPN system. Furthermore, I can create an e-mail and send it to support@tunnelbear.com.

TunnelBear VPN has advanced features such as the VigilantBear, GhostBear, TCP Override, and Safe Wi-Fi Protection.

While exploring the additional settings of the TunnelBear VPN, I have found out that there are advanced features such as the VigilantBear program. This feature actually serves as the Internet Kill Switch program of the VPN provider. I can switch it on and off with a touch of a button. Once this feature is activated, my internet connection is blocked if my VPN connection is suddenly disrupted or disconnected. In this manner, I can’t access the internet without using data encryption provided by the VPN provider. Based on my experience, this feature works efficiently as well.

I can also activate and deactivate the GhostBear feature of TunnelBear VPN with a touch of a button. This program is actually intended to beat geo-restrictions and internet censorship policies of various countries and companies. With this feature, I can bypass VPN blockers of video streaming services such as Netflix US.

I can also use the TCP override option if my current internet connection is unstable. However, I recommend that you switch it off so that you will not encounter any problem at all. It is intended for users with advanced knowledge with regards to VPN protocols.

Based on the speed tests I conducted on 8 different servers, I have concluded that the servers of TunnelBear VPN are very fast and efficient. The advanced features such as the VigilantBear, GhostBear, and Safe Wi-Fi protection also work very well. I also never experienced video buffering and never experienced technical issues while watching Netflix US shows. This is a confirmation that I can bypass the VPN blockers placed by Netflix US.

On top of that, the VPN system also automatically issues a false I.P. address to replace and mask the original I.P. address that I’m using. It means that my internet privacy is protected while connected to TunnelBear VPN by hiding my real location. I can also enjoy anonymous web browsing because of the VPN system. I can also encrypt my internet connection using 256-bit AES encryption. On top of that, TunnelBear VPN is easy to use and has a reliable online customer support system. I recommend using the TunnelBear VPN system.

I hope I answered all your questions within this TunnelBear VPN Review. If you have any more questions, feel free to ask them in the comments section down below! 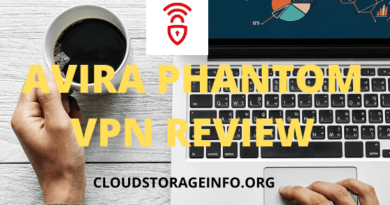 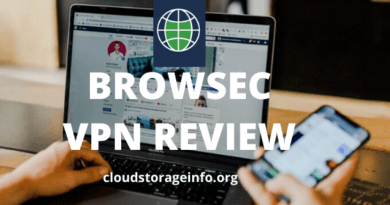 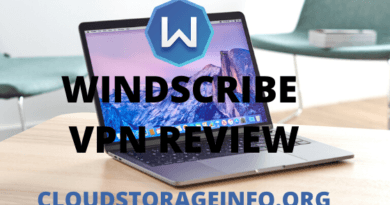