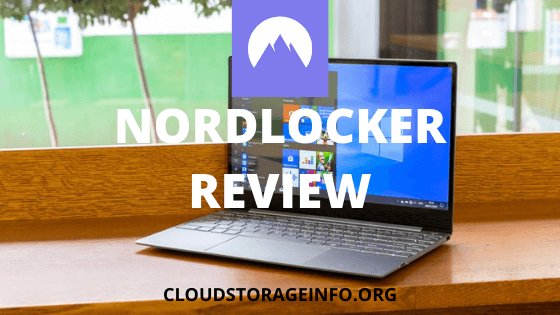 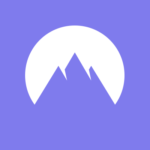 Based on publicly available records, Nordlocker was just recently launched on November 13, 2019 by Nord Security. This means that the product is fairly new if you compare it with other encryption software providers. However, the reputation of the company behind it is actually very solid. As a matter of fact, Nord Security has already been quite popular in the cybersecurity industry since 2012 when the company decided to create a reliable virtual private network platform called NordVPN.

In case you are still not aware of, Nord Security has been created in 2012 by Tom Okman, Jonas Karklys, as well as by Eimantas Sabaliauskas. The developers of NordLocker and the rest of the key officers of Nord Security currently have a registered business address located at PH Venturi House, 49th Street, Bella Vista, Suite 1, Ground Floor, Panama City, Panama. Most probably, the aforementioned location is currently the company’s corporate headquarters and center for operations.

In April 2020, the developers of NordLocker actually created a contest in order to test the reliability and strength of the data encryption being implemented on the encryption software program. The bounty program was actually participated by approximately 600 groups and individuals from all over the world in the hope that one of them can win the $10,000 jackpot prize. The mechanics of the bounty program was actually very simple. The participants were tasked to download an encrypted “locker” from Nord Security’s website and try to hack into it. If the participant is successful in breaking the data encryption, a hidden message contained in the encrypted “locker” can actually be revealed.

However, as of December 2020, no one actually have broken the encryption algorithms being implemented and thus no one ever claimed the $10,000 reward being offered by the developers of NordLocker encryption software program.

I also have recently discovered that there is a money-back guarantee being offered by the developers of NordLocker to the public for the first 30 days from the date of purchase of the subscription plan. Since the nature of the refund program adheres to the “no questions asked “policy of the company, then I can really be assured that getting a premium subscription within 1 month is absolutely risk-free.

Moreover, I was also able to find out that NordLocker has a lifetime free encryption software program access for the people as a gesture of goodwill. The unlimited end-to-end encryption as well as the file sharing feature will also be part of the free subscription package. On top of that, people that are using NordLocker for free will also be able to enjoy the availability of the filename encryption as well as the availability of the automatic data backup feature.

The payment options for NordLocker subscription plans are quite flexible. As a matter of fact, the developers of NordLocker accepts debit card payments as well as credit card payments coming from Visa, Mastercard, American Express as well as Discover. On top of that, the company accepts payments through UnionPay. If I want to remain anonymous, I can also pay for a subscription plan using major cryptocurrencies such as Bitcoin, Ethereum, as well as Ripple. Based on what I have seen and observed, the cryptocurrency payments are processed through CoinPayments.

Who is it For?

Nordlocker encryption software program is designed for people who want to encrypt their files and folders before being sent to the cloud. On top of that, this is a cybersecurity product that is suitable for people who wants to have access to a private cloud system since Nordlocker offers cloud storage space on its own cloud storage platform as part of the regular subscription package. Moreover, I believe that NordLocker is also perfect for people who are seeking for client-side encryption capability that acknowledges and implements the concept of zero-knowledge privacy. Aside from that, Nordlocker is best for people who are fond of sharing files online since the encryption software program has a built-in file sharing capability.

It is very easy to download the desktop client version of Nordlocker from its website. As a matter of fact, all I have to do is to click the “Apps” menu option at the upper corner of the main web page of the Nordlocker website. Once I do that, a submenu will appear. I then need to select whether to download the Windows version or the MacOS version of the encryption software.

In my case, I need to click the “Windows” submenu option as it is the type of computer operating system my laptop is using. It will then redirect me to a page wherein the “Download” button is accessible. Once I clicked the “Download” button, the download process of the desktop client version installer will immediately initiate. After that, I just have to run the installer file on my local computer in order to proceed with the installation of the NordLocker encryption software program.

Based on hands-on experience, I was also able to find out that it is very easy to sign-up for a NordLocker account in order to be able to create an encrypted locker. All I have to do is to actually click the “sign up” menu option at the lower corner of the graphic user interface of the desktop client version of NordLocker. It will then redirect me to a page wherein I just need to type a valid e-mail address which will actually be used to create my NordLocker account. After that, I need to create a password and type it on the screen. In order to proceed, I just need to click the “Create Account” button found on the same page.

I will then need to verify my e-mail address by typing the verification code on the graphic user interface of NordLocker application. Such verification code can be accessed through an e-mail that was sent by the developers of NordLocker on the e-mail account I have earlier provided. After that, I will be asked to create a master password which I will use to open and close the encrypted locker that will be created by the NordLocker software application system.

I have to enter my master key in order to create an encrypted locker within the encryption software application program. It will also give me full access to the full functionality of the graphic user interface of NordLocker.

I tried creating a new locker on the encryption software program but I was really disappointed to find out that NordLocker still has lots of software application bugs. As a matter of fact, whenever I try to click the “Create” button, the NordLocker application program suddenly crashes for no apparent reason. This happens whether I choose storing the encrypted locker on the NordLocker Cloud or within the hard disk drive of my local computer.  The Random-Access Memory (RAM) and the Central Processing Unit (CPU) of my computer is not overloaded at this point in time. This means that the problem is not on my local computer but rather on the NordLocker software application program itself.

Upon the course of my investigation, I also found out that each file stored in the locker is encrypted individually. This is made possible due to the availability of NordLocker FS. This type of technology makes encrypting files and folders easy and as securely as it could be. Every time a file is modified, there is no need to encrypt all of the other files that are present in the encrypted locker. This type of encryption system allows NordLocker to avoid the possibility of files and folders being compromised. For Mac computer operating users, GoCryptFS is being used to be able to implement the same security measure.

I also found out that NordLocker implements client-side encryption since I’m the one responsible in holding my private encryption key. I will ultimately lose access to the created encrypted locker if I lost both the master password and the private encryption key. Because of this type of setup, the developers of NordLocker has completely no access to the contents of the encrypted locker I created. As a matter of fact, NordLocker strictly adheres to the concept of zero-knowledge privacy.

NordLocker also has the ability to implement filename encryption on top of the encryption for individual files and individual folders. This basically means that no hacker can guess the possible content of my files and folders that are stored in the locker since all of the filenames will be obscured through encryption. Even if they can breach 1 layer of encryption, they won’t still make sense of the files and folders since not even a small amount of hint will be given as to the type of content files might contain.

Based on my research, I have found out that NordLocker has advanced features such as the availability of a built-in cloud storage platform on top of the automatic backup technology and file sharing capability. I will discuss each of the advanced features below.

File sharing through NordLocker is quite tricky. This is basically due to the fact that the person who you want to share the encrypted locker with should have a NordLocker account first in order to be able to fully access the shared locker. In order to activate file sharing, I need to right-click on an encrypted locker through the use of the desktop client version of the NordLocker and click the “Share Locker” option. As an alternative, I can first manually send an encrypted locker to either Google Drive or Dropbox and use the usual folder sharing feature of these cloud storage providers. I have to warn you that I can’t actually share individual files. I can only share encrypted folders or encrypted lockers.

NordLocker has a Help Center wherein the frequently asked questions (FAQs) as well as user manuals can be found. If I really have some immediate concerns, I can send an e-mail to support@nordlocker.com to contact one of the online customer support representatives of NordLocker. Moreover, a ticket support system is also available.

In terms of privacy and security measures, NordLocker is really quite satisfactory. However, upon testing, there are still lots of software application bugs on the desktop client version of NordLocker. This makes the privacy and security questionable. The availability of built-in cloud storage on top of the automatic backup capability as well as the encrypted locker sharing technology is quite amazing. However, unless the software application bugs are solved, everything will be useless. I certainly don’t recommend NordLocker as of the moment.

I hope I answered all your questions within this NordLocker Review. If you have any more questions, feel free to ask them in the comments section down below! 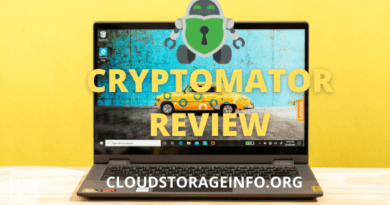 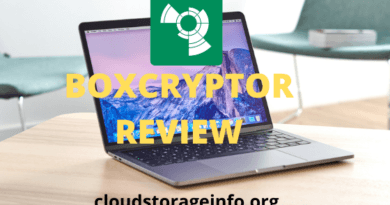 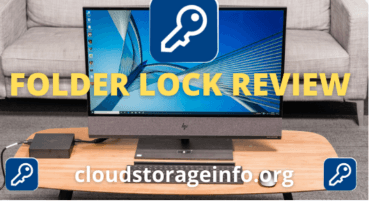