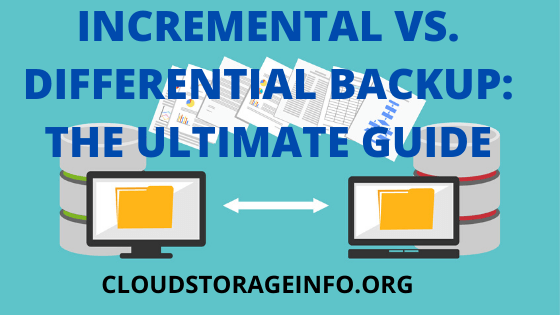 The concept of the different types of backups is usually discussed whenever creating substantial reviews of the best cloud backup service providers as well as the best cloud storage systems found online. The individual reviews usually reveal what type of backup system is being implemented. But there are certain things that must be clarified as some people become confused with the differences between the various forms of backups. As a matter of fact, many people are asking about the difference between incremental backup and the differential backup. This is the reason why in this article we will be addressing the issue of knowledge gap with regards to these 2 types of backups that are used in the best cloud storage platforms and in the best online backup systems. We will also look into the advantages and disadvantages of incremental vs. differential backup.

Most people usually prefer best cloud storage service providers and best online backup services that are using incremental backup. This is basically due to the fact that there are certain advantages attached to it. First and foremost, uploading files to the cloud is tested and proven to be significantly faster in incremental backups as compared to differential backups. This is possible because of the block-level synchronization strategy being implemented in an incremental backup. It means that the backup system divides an entire file equally to different partitions known as blocks.

The backup system searches for changes in a specific block and recognizes such changes. If there are perceived changes in the specific block, then that portion or block of the file will be updated and be re-uploaded. If the backup system detects no change in any part of the file or document, then there is nothing to be backed up again. This means that you only need to perform a full backup procedure once and the system will automatically detect for changes in the uploaded file or document.

Click the button below to learn more about cloud backup providers offering different types of backups.

Since the incremental backups are only implemented if there changes, then we can actually save a lot of cloud storage space or cloud backup space as a result of this type of backup system. You don’t need to create backup copies of the specific file every once in a while. There will be no duplicate copies that will be created unlike in the full backup system.  Moreover, the length of time for a specific file or document to be uploaded in the cloud is lessened considerably.

Another thing that you will be able to appreciate in an incremental backup is that it allows the users of the cloud backup system to create various file versions. Every successful backup of an increment can be stored as a different file version that is easily recoverable.

There are other cloud backup service providers that are using the differential backup system. Just like an incremental backup, this type of backup comes with its own set of advantages and disadvantages.

While it is true that the data recovery process in differential backup is faster than an incremental backup, you need to understand that the process of uploading files to the cloud is slower in differential backup than in the incremental backup. This is because there are many sets of increments of data that have changed that you need to back up in just one process. The process of creating backups becomes cumulative of the increment changes in the specific file. 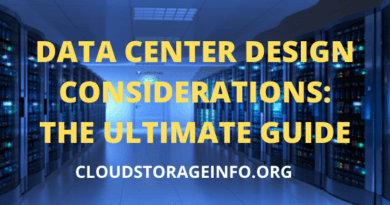 How To Ensure Child’s Internet Security? 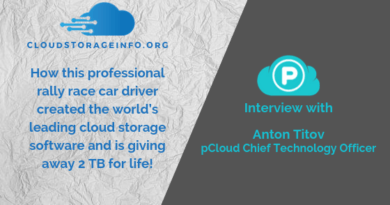 How To Build Your Own NAS Server in 3 Steps

How To Back Up To The Cloud In 7 Steps