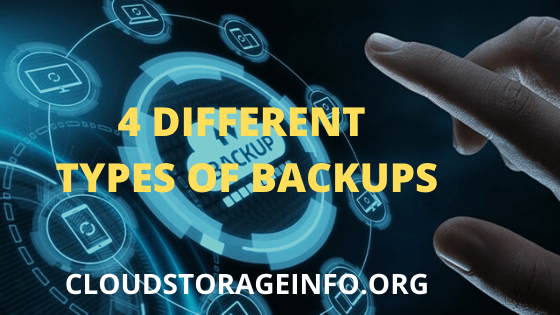 A lot of people are suggesting that you really need to create different types of backups for all of your files, folders and other types of data. It is needed in order to preserve the integrity of such data files in case there will be cyber-attacks conducted against your computer system. If you use the same computer for both storing data and for frequently browsing the internet, then you are vulnerable to cyber threats such as a computer virus infection and data hijacking caused by ransomware. Aside from that, you also need to back up files to be able to protect your against possible data loss due to hard disk drive failure as well as theft of your laptop computer.

We all know about these things. However, questions still remain. What are the different types of backups we can avail of? What are the advantages and disadvantages of each of these backup systems? These are the questions that we will try to answer in this particular article. With that, I would like you to introduce to the 4 different types of backups available to you.

A full backup is one of the different types of backups that can be done in order to protect all your files, folders and other forms of computer data. In this particular type of backup, all of your data files along with your system files as well as application programs and operating system are being backed up comprehensively.

Since everything is being backed up to the full extent, the upload time for backing up the entire computer can take a very long time. This is not recommended for people who wish to back up simple files and documents in a very easy and convenient way. In most cases, creating full backups can take several hours depending on the amount of data stored on the computer. In extreme cases wherein your computer has a very large amount of data, it can even take you several days before the full backup procedure is completed.

Aside from that, you will need a higher amount of bandwidth in order to upload all of your computer data. This means that the internet speed the local internet service provider is giving you access to can affect the amount of time spent on creating a full backup. The use of the CPU of the computer can also be exhaustive when doing full backups.

Creating full backups must only be done once whenever possible. You don’t need to create full backups once a week or once a month. This is because the backups can become redundant as executing full backups will cause the unedited versions of files to be copied again and again. It goes without saying that it will store a duplicate copy of all your unedited data files which in turn will eat more space on your online backup service system.

Another problem that could arise is that if the copy of the data stored in an online backup service that uses a full backup system is compromised, the entire repository of computer data can also be stolen and compromised too. This is due to the fact that all of the data are kept in a single location.

The good thing about a full backup is that it has a very fast data recovery time when compared to the different types of backups available. The data recovery period is faster simply because all of your data is stored in a single location and a single storage medium. With a full backup, the computer data is readily available.

Incremental backup is one of the different types of backups that are being implemented by the best cloud backup service providers in the computer data storage industry. In this particular form of backup, it is only the initial backup of files and other types of data that are being backed up in full. This means that the initial uploading of files can take longer than usual. However, the succeeding creation of the backup of the files that have been previously uploaded will be faster.

This situation is primarily brought about the ability of the incremental backup system to only to identify, as well as record, preserve and store additional data to the online backup service based on the changes made to a specific file or data that has been previously backed up. This means that if the file remains unedited and there are no parts of the file, folder or data that have been changed, then the system will not spend a significant amount of time to back up the file once again. Implementing an incremental backup is a more efficient way of storing data as no file will be duplicated. Thus, it uses a lesser amount of storage space than a full backup.

Because of such a mechanism of the incremental backup system, file versioning is actually possible. Each version of the file is stored in increments. Only the blocks of data that have been changed will be uploaded to the cloud backup system. Unlike creating full backups, you can perform incremental backups daily as long as there is a change in the file or data stored. This particular method is called the block-level incremental system. This form of backup procedure is common not only in the best online backup services but also in the best cloud storage systems.

Take a look at the list below if you are planning to use the best online backup service in order to implement an incremental backup.

While incremental backups have a faster upload time compared to the full backup procedure, such a system has a slower data recovery time. This is mainly due to the fact that during the data recovery procedure, you will need the last full backup of the files (initial backup) as well as all of the incremental backups created (file versions) until the point of data restoration. It basically means that you can’t start the data recovery process without recalling all of them. As a result, there will be a slower file or data restoration process.

Differential backup as one of the different types of backups has unique characteristics that can be distinguished from a full backup and from an incremental backup. Technically speaking, it works like an incremental backup but has one major difference. It does not backup files each time a change is made.  What a differential backup does is that it creates a cumulative backup of the changes made since the initial backup (full backup) was conducted.

Since the changes to files are not stored as often as it should be just like in the case of incremental backup, the amount of time required to create a differential backup is longer. The stored changes are deemed to be cumulative.

Since you only need a maximum of two backup media in order to restore and recover files using the differential backup, the data recovery process is way much faster than in the incremental backup. It actually creates a simplified way of restoring data without performing full backups again and again and without performing incremental backups exhaustively.

One of the advantages of this type of backup system is that there will be no chance that you will not be storing old and obsolete files. The mirrored backup always makes the entire backup clean at all times. However, one disadvantage is that if your computer is under attack by a cyber-threat such as a computer virus infection, the file can easily be destroyed and can never be recovered the way that it should be. You also don’t have protection in case ransomware encrypted your files. You might as well consider it lost if you were successfully attacked by ransomware. 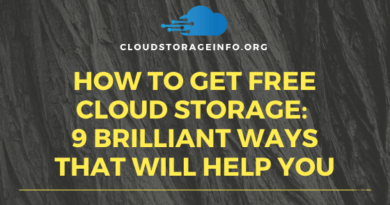 How To Get Free Cloud Storage: 9 Brilliant Ways 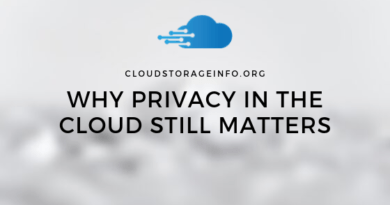 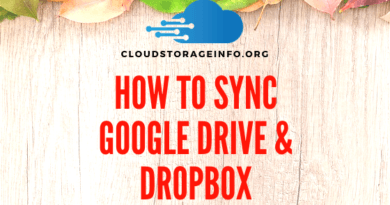 How To Sync Google Drive And Dropbox – MultCloud & SecureBeam