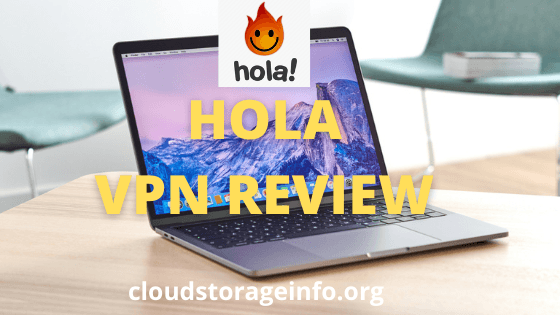 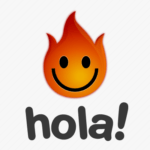 This virtual private network service provider has been developed by Derry Shribman and Ofer Vilenski in 2008 when they both decided to experiment on creating peer-to-peer overlay of networks to optimize loading of websites and web pages. They have taken inspiration from the onion router or the TOR project which resembles the network design they are trying to build. Moreover, in order to be successful in creating such virtual private network system, the developers of Hola VPN decided to seek the help of investors in order to fund the project. As a matter of fact, with the help of the investors, Hola Networks Limited was able to raise $18,000,000 to kickstart the project. The contributors include Horizons Ventures, Magma Venture Partners, as well as DFJ (Draper Fisher Jurvetson).

It was 4 years later in 2012 when Hola Networks Limited was able to successfully complete a working virtual private network solution equipped with peer-to-peer caching and peer-to-peer sharing of internet connection. It is in the same year when the Hola VPN service has been rolled out commercially to the public. As of this moment, there are currently more than 219 million service subscribers of Hola VPN. This is the total cumulative count of both the free and paid Hola VPN subscription accounts.

Read the rest of the Hola VPN Review below to know more.

I also have discovered that this type of pricing plan has 3 options for the payment frequency. If I choose the monthly premium subscription, it will cost me $2.29 per month. On the other hand, I only need to pay $14.28 each year for the annual premium subscription of Hola VPN. Ultimately, in order to get the best deal in terms of affordability, I’m more inclined to choose the 3-year subscription plan which will only cost me $17.64 for the whole duration.

Due to my curiosity, I also checked out what I can get if I choose the Ultra subscription plan of Hola VPN. I then found out that it will give me access to 1,500 virtual private network servers of this particular VPN service provider. Aside from that, it also came to my attention that I will be able to connect as much as 20 different devices simultaneously to Hola VPN with this particular subscription plan. Moreover, the Smart DNS capability is available in this type of subscription plan.

However, I have to warn you that the Ultra subscription plan provides lesser amount of affordability. As a matter of fact, I checked the pricing structure and found out that it will cost me $29.99 to get the monthly subscription of Ultra Hola VPN. As an alternative, I can get the annual subscription plan for the Ultra Hola VPN instead by paying only $239.88 each single year. As a result,I can get as much as 33% discount if I have selected this type of subscription plan. Based on the cost-benefit analysis that I have conducted, it is still quite expensive.

Hola VPN can be best used by people who wants to circumvent geo-restrictions imposed by certain countries as well as by certain websites online. Aside from that, Hola VPN can be used to bypass all forms of internet restrictions. It can also be a perfect fit for people who wants to optimize the video streaming experience coming from various video streaming platforms without being blocked by the DPI firewalls and VPN blockers. If you want to lessen the likelihood of government agencies and hackers tracking down your real location, you can use Hola VPN to change the I.P. address you are using and connect to a virtual location. However, I have to warn you that it does not provide any form of data encryption.

There will be no other details required especially if I will just be creating a free lifetime account. Aside from that, I don’t have to type my credit card information or bank account details right away in order to create sign up for the free Hola VPN subscription. Aside from that, I have found an easier way to create the Hola VPN account. All I have to do is either sign up using an existing Google account or Facebook account. But in order to do that, I need to make sure that I’m logged in to one of these accounts so that Hola VPN registration will push through with a click of a button.

What I like about Hola VPN is that it is compatible with a wide range of devices. As a matter of fact, almost all kinds of devices can be connected to this virtual private network system. It can be used on various laptops and desktop computers operating in the 2 main computer operating systems that has been developed. Whether your computer or laptop is using Windows or MacOS, the Hola VPN desktop client version will properly function.

I researched a little further and discovered that there are web browser extensions available for Hola VPN. As a matter of fact, the Google Chrome web extension alone for Hola VPN has more than 8 million installations as of this moment. Aside from that, I have found out that the Opera web browser extension has currently more than 3 million downloads already. Moreover, web browser extensions for both Mozilla Firefox as well as Microsoft Edge are also available. On top of that, this virtual private network platform is also compatible with routers such as Netgear and D-Link. I also recently discovered that this virtual private network system is compatible with Smart TVs as well as game consoles too. In fact, I can establish a virtual private network connection easily on certain game consoles such as Xbox as well as Playstation.

Hola VPN allows me to use any of the 7,746,299 I.P. addresses of its users that are part of the peer-to-peer virtual private network system. It also allows me to hide my real location through connecting to the VPN servers present in more than 60 countries worldwide. This includes but is not limited to Canada, Australia, the United Kingdom as well as the United States of America. However, I have to warn you that it is not a guarantee that you will be able to mask your true location while connected to the virtual private network platform since there are times when the I.P. exchange fails or becomes undetected.

As a matter of fact, I had a hard time conducting the speed tests for Hola VPN since there are times when the virtual location which I have chosen does not reflect at all. The I.P. address may have changed but as I conducted the sped test, the virtual location isn’t detected at all. This is the reason I have decided to conducted speed tests from 4 different geographical regions. I usually conduct at least 8 speed tests but due to the nature of this virtual private network service provider, I was only able to successfully test 4 server locations.

The actual results of the speed tests I personally conducted are presented below.

I can easily activate the virtual private network protection of Hola VPN by clicking the circular button on the graphical user interface of the Google Chrome web browser extension. On top of that, by clicking the small inverted triangle right beside the bigger circular button, the selection of all the server locations will instantly appear.

However, the virtual private network system will not display the new I.P. address that you are using as you connect to the VPN server. You need to manually test it via Ookla or other internet speed test providers to know if the VPN protection is really working. I’m really not satisfied with the performance of Hola VPN because of connectivity issues. I’m connecting to a different server location but as I tested it through Ookla, it appears to be that I’m still in the Philippines which is my true actual location. The I.P. address change which the VPN system provides will never be enough.

Another thing that discouraged me from using the free VPN subscription being offered by Hola VPN is that it does not use the zero-logging policy. Based on the provisions of the privacy policy of Hola VPN, I must agree to the data collection practices of the VPN service provider if I want to use the free version of the virtual private network platform. It is a very dangerous path based on my assessment. As a matter of fact, I dug deeper to find out what Hola VPN is up to.

I’m also disappointed to tell you that the time and date that you have visited a website will also be recorded. It can be used by the VPN service provider or by any hacker to collate your web browsing habits and internet surfing patterns. I also found out that the time you spent for viewing and accessing a certain webpage will be recorded too. Moreover, I also found out that the browser type as well as the application programs installed in my local computer system will be recorded by Hola VPN. This is the reason why I decided not to use the free subscription plan as it is foolish to do so. It will not serve the purpose of getting a virtual private network subscription.

Theoretically speaking, I should be able to bypass the geo-restrictions and VPN blockers placed by video streaming services such as Netflix US, BBC iPLayer, Vudu, as well as Hulu. I wanted to try Netflix US but considering the results of the speed tests conducted, there is a strong possibility that the virtual location change will fail. But before you get disappointed, I would like to tell you that Hola VPN is compatible with Smart TVs such as Samsung, LG, Toshiba, Panasonic, Sony, and Phillips. Aside from that, Hola VPN is compatible with Apple TV too. This will ultimately enhance my video streaming experience granting that the I.P. address change as well as the virtual location change will not fail.

There will be different online customer support systems available for different types of users holding different types of VPN subscription plans. If you are using Hola VPN for free, then you will only have the frequently asked questions (FAQ) page as the online customer support system. You don’t have to worry as there are also technical user guides available for setting up various devices such as routers, game consoles and smart TVs.

On the other hand, if you have the Premium as well as the Ultra subscription plan, you will be able to access the e-mail customer support system on top of the user guides and the frequently asked questions (FAQs) page. You can easily contact Hola VPN at help@hola.org. However, I regret to inform you that there is no live chat system available. I also didn’t find phone support system.

With Hola VPN, I can connect 10 different devices to the virtual private network platform simultaneously. While I can use more than 7 million random I.P. address when connecting to various server locations, there are instances wherein the I.P. address change fails. As a matter of fact, you are vulnerable to I.P. leaks due to the process being used by Hola VPN to establish a virtual location.

I hope I answered all your questions within this Hola VPN Review. If you have any more questions, feel free to ask them in the comments section down below! 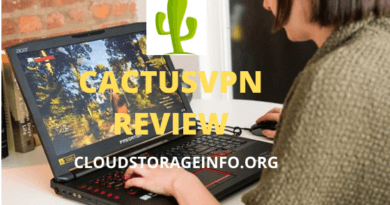 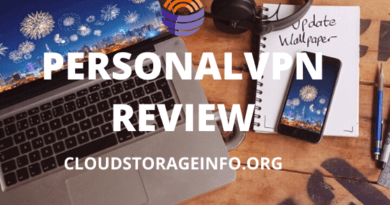 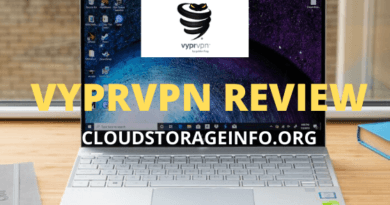