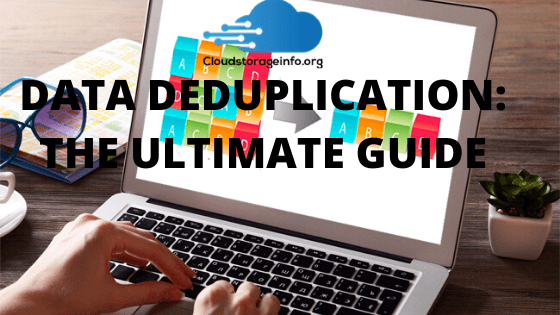 First and foremost, we should understand the difference between data deduplication and data compression. While both of the processes have the main objective of reducing the space that can be consumed by a particular file, document or any other data type, there is a big difference between the two methods with regards to handling the data storage space.

In data compression, the system tries to reduce the size of a particular file by removing the repeated data on the file that causes the issue of redundancy. I know it sounds confusing. We are all taught that each file or each document is a unique set of data. However, that particular assumption is no longer true if we look at the individual bit of data that forms part of the particular file.

On the other hand, in the process of data deduplication, it is the chunks or blocks of data that are being carefully examined to rule out the issue of redundancy. The data deduplication system tries to see whether a particular chunk of data has been changed or not. If it is changed, then the data block that has an associated change will be stored again in a computer data storage system. In this way, it will consume additional storage space because the changed data block will be stored again.

Data Deduplication Benefit #1: It can significantly reduce the consumption of computer data storage.

Because of data deduplication, we can actually minimize the storage space that we consume in cloud storage systems an even in online backup systems. This is especially true in the case of word-based documents such as text files, PDF files, Microsoft Word, Microsoft, Excel, and Microsoft PowerPoint. We don’t need to store extra copies of a file every time a document is edited or changed. It would be a waste of cloud backup space or cloud storage space if the system is not equipped with data deduplication.

There will always be only one full backup copy of a particular file. The rest will be incremental backups caused by the changes in the chunks or blocks of data in a particular file where the data deduplication process is supported. So if the document or if the file is unedited, there will be no additional incremental backups that will eat up a small amount of additional computer data storage space.

With data deduplication, storage efficiency is easily achieved. As a matter of fact, in one case study conducted by the Storage Networking Industry Association in 2008, the organization revealed that there will be approximately 80% storage space reduction if the data deduplication process is applied. This is primarily because of the fact that most files remain unedited and unchanged for a very long period of time.

While this may sound unconventional, this particular assertion holds true especially if we looked at it from a wider perspective. This is because the data deduplication process is actually not applied to pre-compressed data since it is of a different design. So in the long run, if there are many changes made to a particular file or document, then, the storage efficiency ratio will be larger for a file that has not yet undergone data compression.

However, there are certain cases that allow a normal file or document that has undergone a data deduplication process to undergo data compression afterwards. The data deduplication process should come first before data compression. This particular case can be found in the best cloud backup service providers that allow files and data backup to be downloaded and restored in a ZIP file which is a form of compressed data.

Data deduplication is very important in geographical areas where the distance is far away from the existing data centers built by the best online backup service providers. If you already have tested around 30 cloud storage systems and approximately 20 cloud backup systems, you will definitely see a pattern with regards to data transmission.

These particular situations allow people to really appreciate the data deduplication process. Because there is a lesser volume of data that will be uploaded to the cloud whenever creating backups after undergoing data deduplication, the faster the process of data transmission will be. This means that all the succeeding data transfers (Incremental backup) associated with a particular file will be faster after it has been initially backed up (full backup).

Listed below are the 4 types of data deduplication processes.

Target deduplication is a type of data deduplication method wherein the particular process happens in a special type of hardware that actually acts as a bridge in order to connect local computers (data sources) to the backup servers. This is the type of data deduplication being used if the changes made to a particular file are made on another computer. Such is the case in cloud storage systems that have the ability to sync files across multiple computers and multiple users. 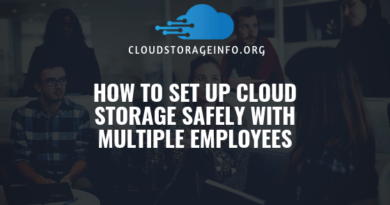 How To Set Up Cloud Storage Safely With Multiple Employees 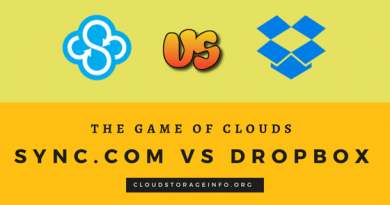 Sync.com Vs Dropbox – The Game Of Clouds 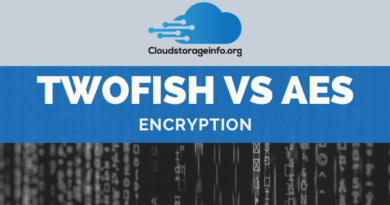